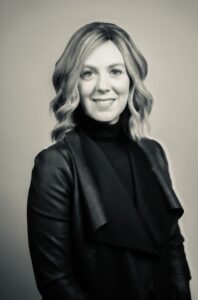 Some of us don’t have to look far to find our heroes. For Chava Goldschmidt, Chief Nursing Officer at Allaire Health Services, it was her father. Dr. David Epstein was a beloved Philadelphia geriatrician who ran a private practice and worked as the medical director of Waverly Heights, a retirement community in Gladwyne, PA. As a child, Goldschmidt remembers accompanying her father on his Sunday morning rounds. She saw how he interacted with his patients and the impact he made on their lives; it was the reason Goldschmidt later chose to attend University of Pennsylvania’s School of Nursing.

It was during her final semester of nursing school that Goldschmidt’s father died of cancer at the age of 57. It was a devastating loss for Goldschmidt, but one that steeled her resolve to make an impact in healthcare. After graduation, she took a position as the MDS Coordinator at AristaCare Cherry Hill, where she made it her business to learn from and connect with residents and staff alike. Within a few years, she was promoted to the Director of Nursing.

Goldschmidt loved her new role. “It was the perfect marriage of being involved in patient care and getting to think big picture; I was challenged every day to problem solve creatively, and to engage the staff in that kind of thinking,” she recalled. The focus in the nursing home industry was shifting from long-term care to more acute patients, and Goldschmidt wanted to make sure her staff had the competence and confidence to meet the needs of their patients. She created an education program called “AristaCare University,” which offered skill-based, hands-on
earning to nurses and CNAs. This initiative, along with other quality assurance efforts, allowed Goldschmidt’s team to raise the bar of clinical performance and to achieve better outcomes for the patients and residents they served.

Goldschmidt’s next move was into the world of medical legal work, where she became certified as a life care planner and assisted attorneys as an expert witness. “It was a great, flexible job,” she said, “but I missed the hustle and energy of skilled nursing. I wanted to make an impact on the patient experience.” This was, after all, why she had gotten into the field in the first place.

The solution came in 2017, when Allaire CEO Ben Kurland invited Goldschmidt to come on board as a clinical operations consultant at the newest Allaire facility. She jumped at the opportunity, and joined Allaire’s executive team full-time in 2018 as the Chief Nursing Officer. A positive patient experience is the result of many moving pieces. “My job is to make sure those pieces fall into place,” Goldschmidt said. Allaire’s clinical programs are built around the needs of their patients, communities and hospital partners. “My goal,” says Goldschmidt, “is to make sure every Allaire staff member is equipped with the tools to deliver competent, compassionate, and clinically excellent care.” A believer in the power of data, Goldschmidt tracks and trends key performance indicators in each Allaire facility and relies on that data to inform quality improvement efforts. She also runs Allaire University, tailoring it to each facility, and ensuring that the leadership in each facility is a good fit.

At Allaire, Goldschmidt has the satisfaction of helping one of the leading healthcare providers in the region live up to its name. It is everything she was looking for – and more. Surely, her father would be proud.